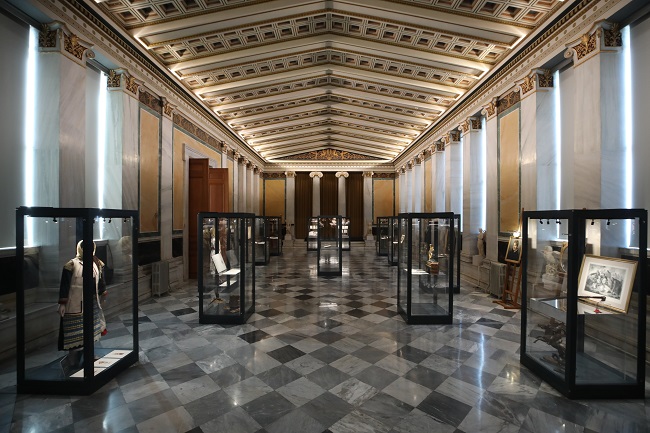 A panoramic view of the exhibition. 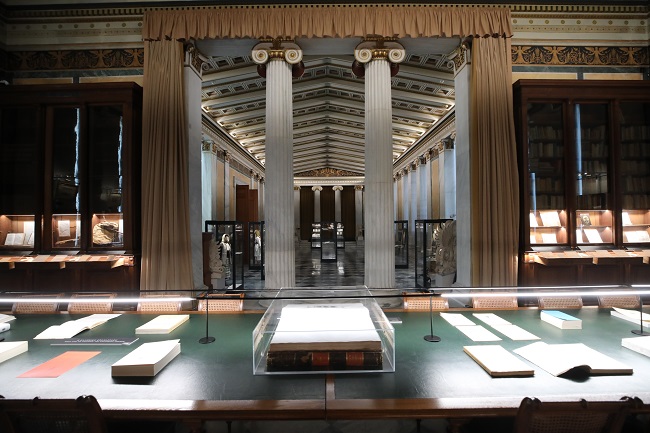 In a prominent position of the exhibition was placed the MKF exhibit, “Expedition du Morée”. 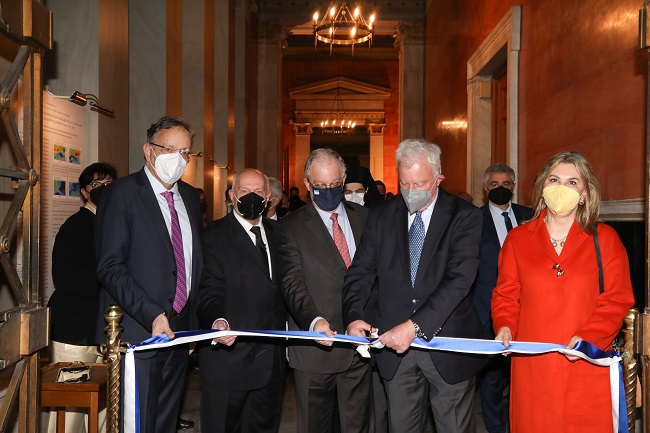 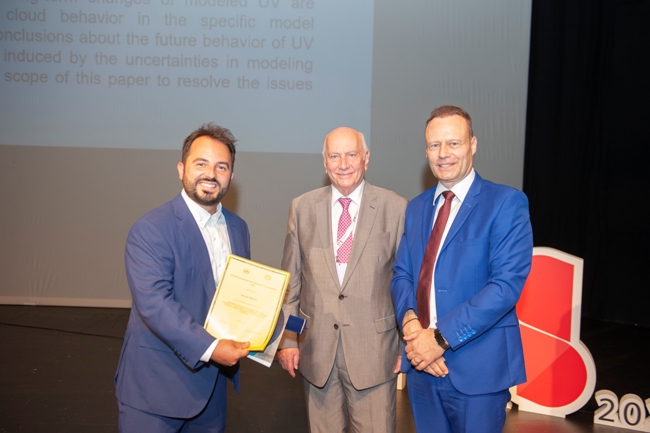 A commemorative photo from the award ceremony. From the left, the President of MKF academician C. Zerefos, the award-winner Dr. George Varlas and the representative of WMO Prof. Juerg Luterbacher.

A panoramic view of the conference. 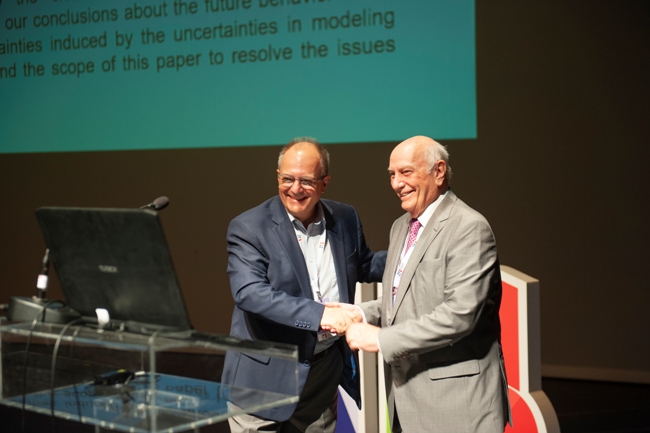 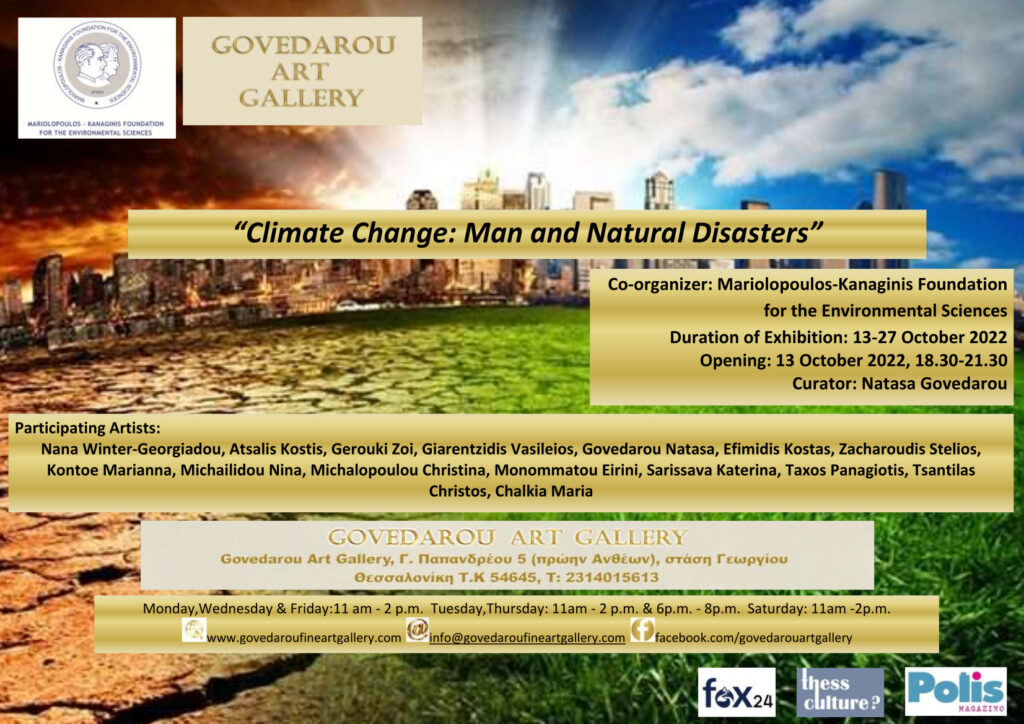