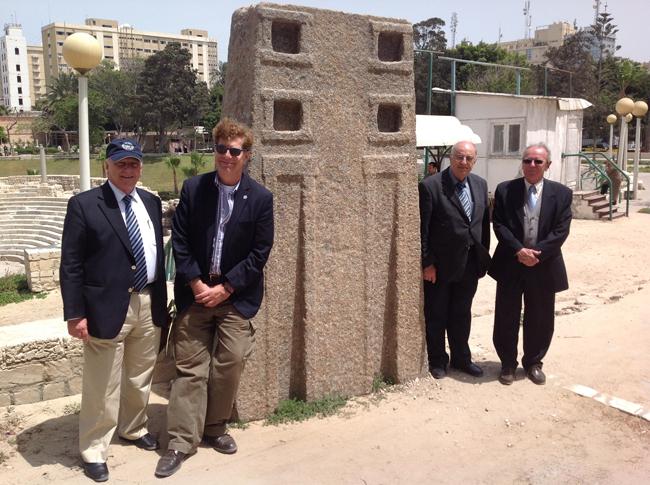 At the archeological site of Kom el Dikka in Alexandria, the Pillar that was hauled up by the HISAMA team. (From the left) The MKF Chairman Prof. C. Zerefos, the HCMR President Prof. K. Synolakis, the MKF Secretary Prof. C. Repapis and the HISAMA President, Historian Ch. Tzalas (Alexandria, 2013).

The team is getting ready to depart for diving. (From the right) The diver G. Nomikos, Egyptian archaeologist, the MKF Chairman Professor C. Zerefos, the HISAMA President Historian Ch. Tzalas, the HCMR President Professor K. Synolakis and already on the boat , divers and inspector archaeologists of the Department of Underwater Antiquities of Alexandria (Alexandria Nautical Club, 2013). 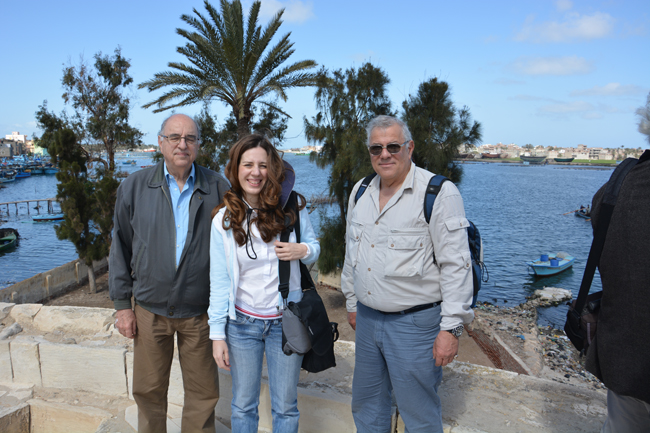 Visiting the Nile estuary in Rosetta (From the left) The MKF Secretary Prof. C. Repapis, the professor of the University of Athens Mrs. N. Evelpidou and the HISAMA diver Mr. G. Nomikos (Alexandria, 2013). From the lecture given by the Chairman of the Board, Academician C. Zerefos at the celebration for the 20 years of the MKF. Seated in the first row are Prince Henrik Laborde de Monpezat, the Ambassador of Denmark Mrs. Mette Knudsen, the E.U. Commissioner Mrs. Androulla Vasileiou, the Director of the E.U. Office Mr. P. Karvounis, the NAO Chairman Mr. K. Tsigganos, the representative of the Royal Danish court, the former Prime Minister Mr. I. Grivas, the Europa Nostra SG Mrs Sneška Quaedvlieg-Mihailović and Earl de Kergorlay Denis (Nymph Hill, 2013). 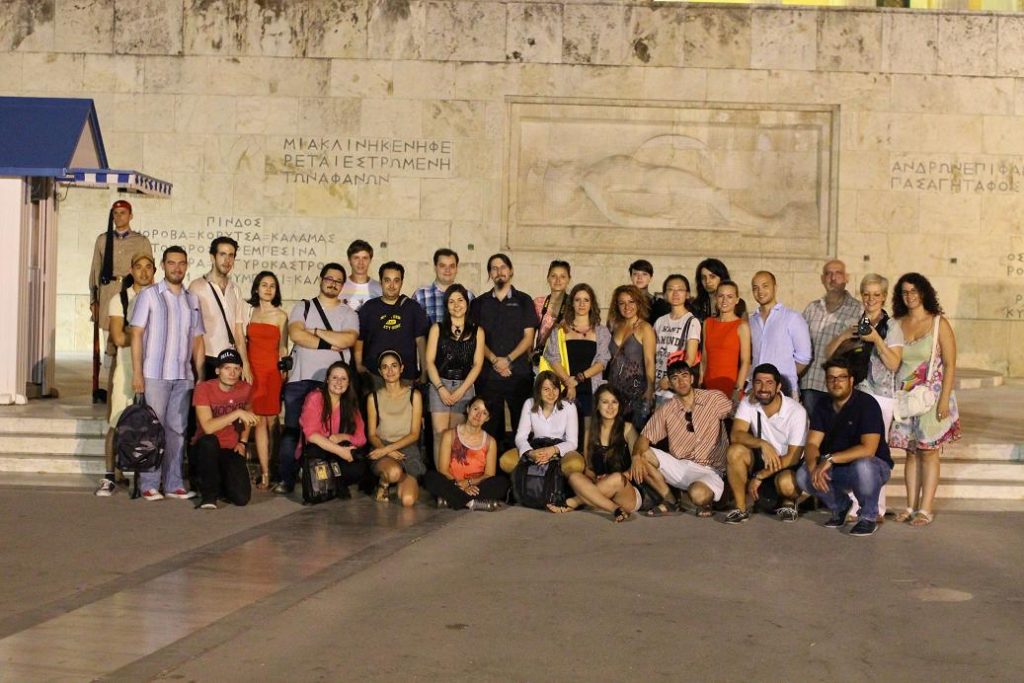 The students and professors of the Workshop during their visit to the monument of the Unknown Soldier (Athens, 2013). 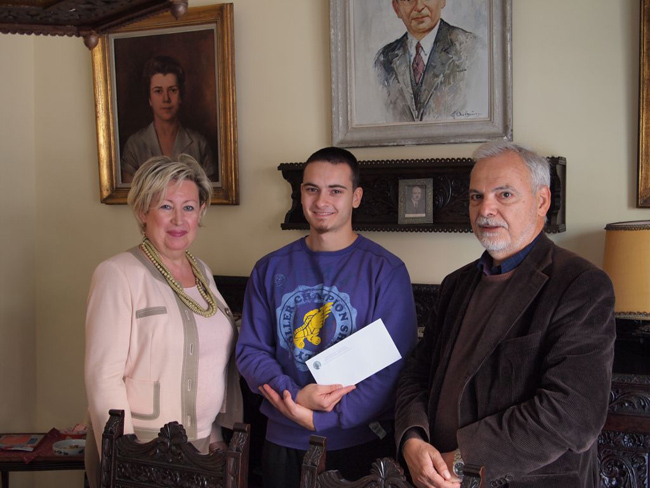 A commemorative photo of the award-winner Mr. A. Charoulis with the MKF Director Mrs. Efi Xirotiri and the Treasurer Prof. G. Mariolopoulos (Foundation Offices, Athens, 2013). 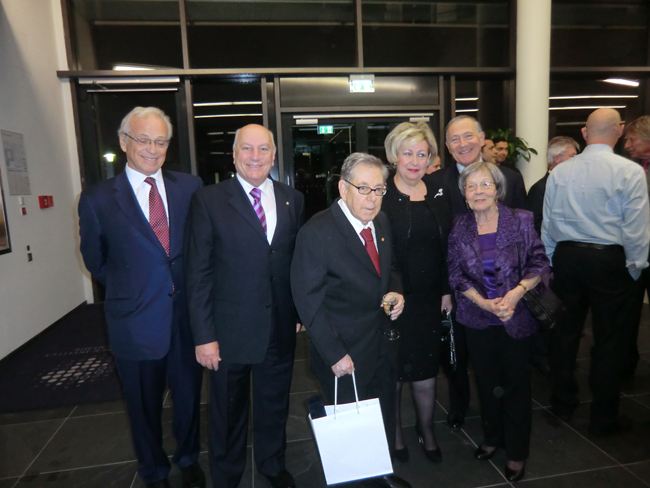