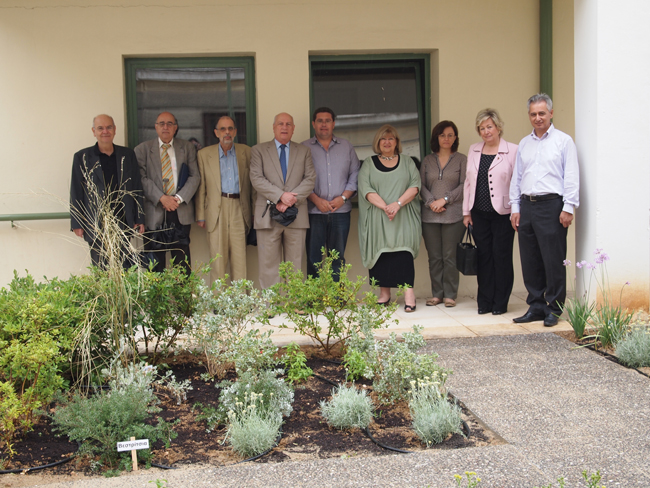 The educators who took part in the preparatory courses led by specialized art educators (Athens, 2012). 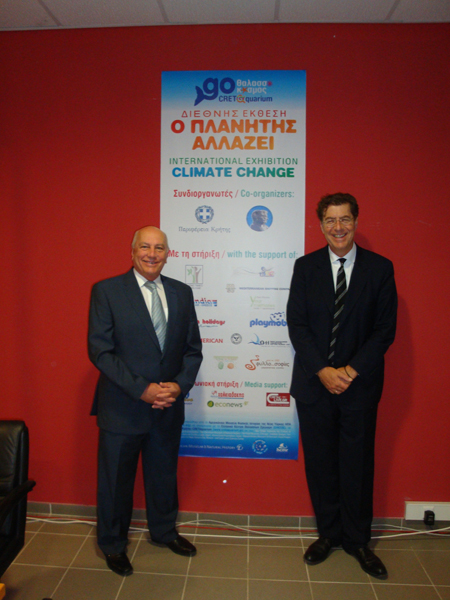 Professor Christos Zerefos, Academician during his lecture in the central ceremony hall of the Academy of Athens (Athens, 2012). 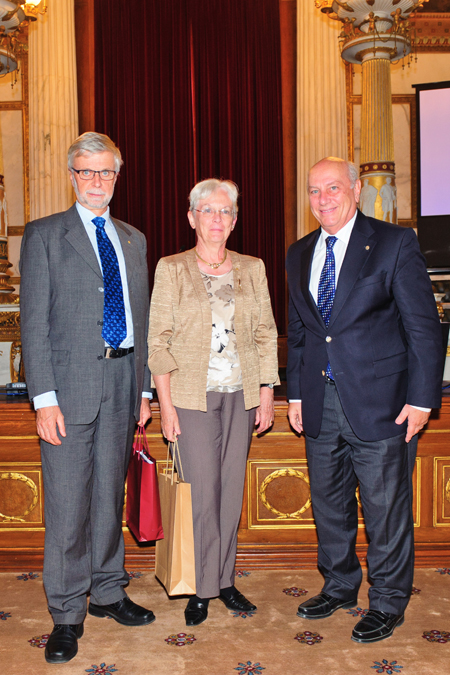 The Chair of the Royal Swedish Academy of Sciences and of the Nobel Committee, Mrs. Barbara Cannon and the Vice Chairman Mr. Stefan Claesson with the Chairman of the Foundation (Athens, 2012) 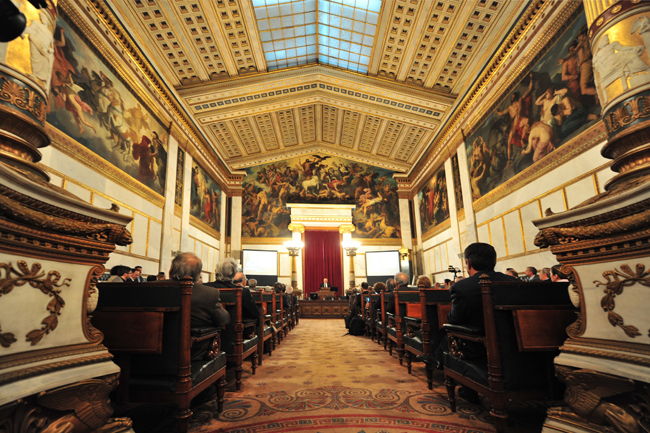 A panoramic view of the central hall of the Academy of Athens where the award ceremony for the 2012 WMO Professor Mariolopoulos Trust Fund Award took place (2012). 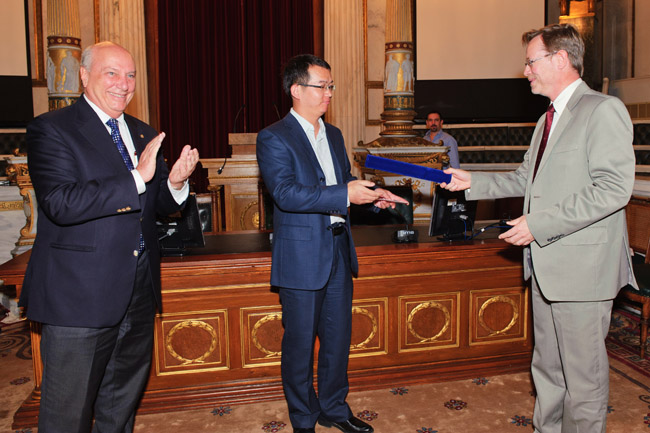 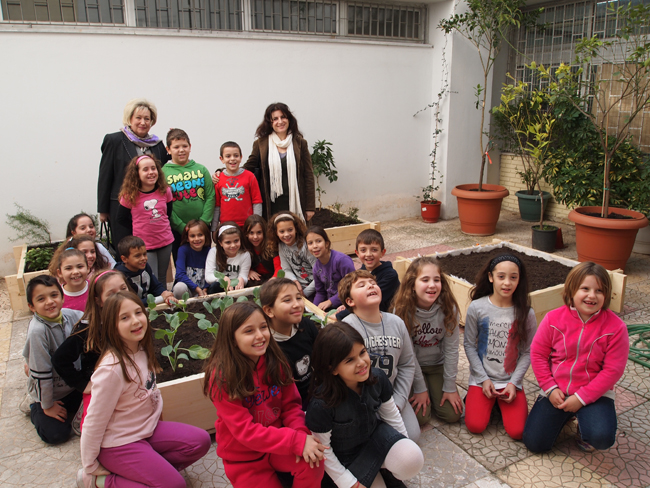 A class of the 95th Elementary School with the MKF Director Mrs. E. Xirotyri and the teacher in charge (Athens, 2012).