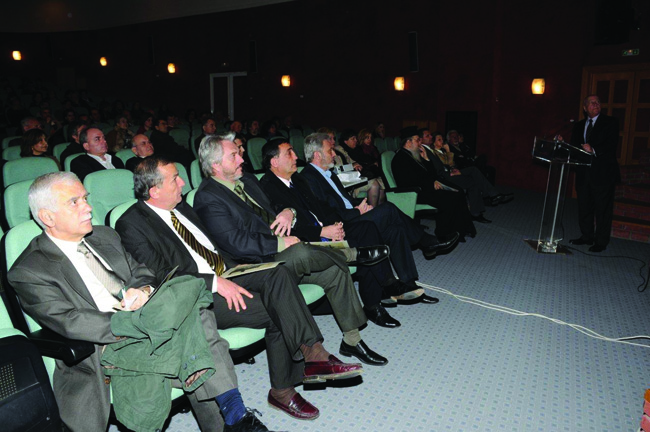 The Chairman of the Foundation in a lecture at the event for the establishment of an automated meteorological station in Nafpaktos. In the first row are the Mayor of Nafpaktos Mr. Boules with city councilors and the Metropolitan of Nafpaktos (Nafpaktos, 2011). 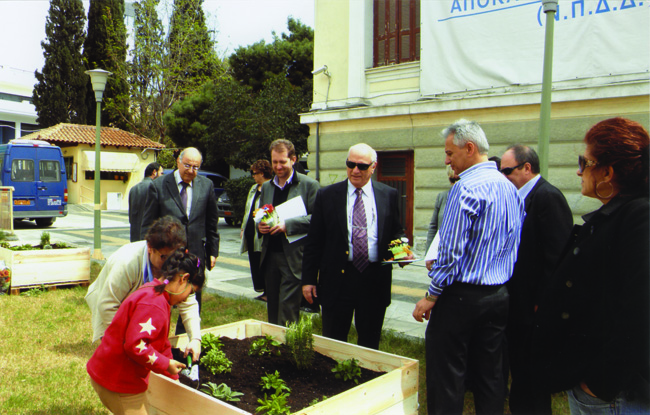 The Director of KEAT, the Secretary and the Chairman of the MKF are watching the children plant flowers (Athens, 2011). 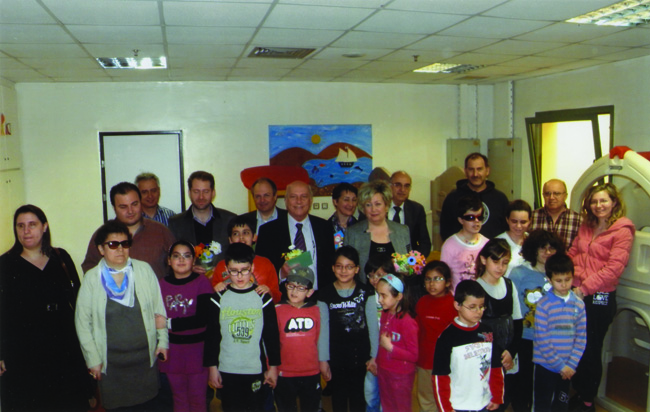 A commemorative photo from the visit and the celebration organized by the teachers and KEAT students for the establishment of the garden of senses (Athens, 2011). 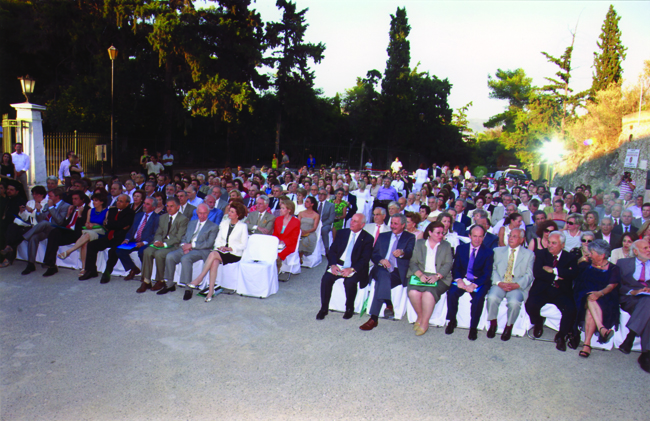 A panoramic view from the awarding ceremony of the Foundation prizes (Nymph Hill, 2011).