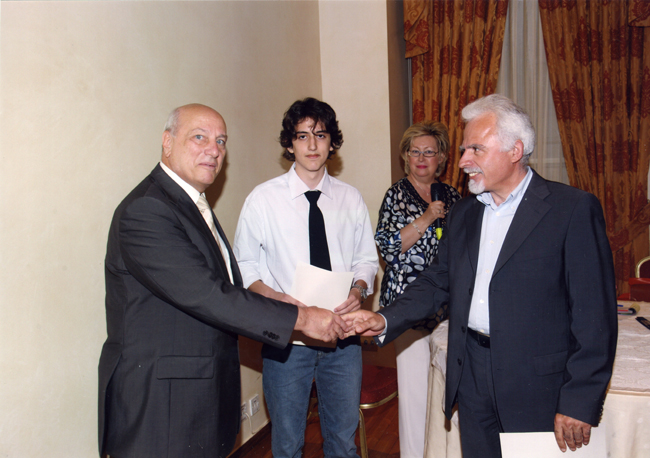 The Chairmanof the Foundation awarding 1st Prize to student Lalopoulos Evangelos and the Head of the 2nd Lyceum of Nafpaktos (Athens, 2009). 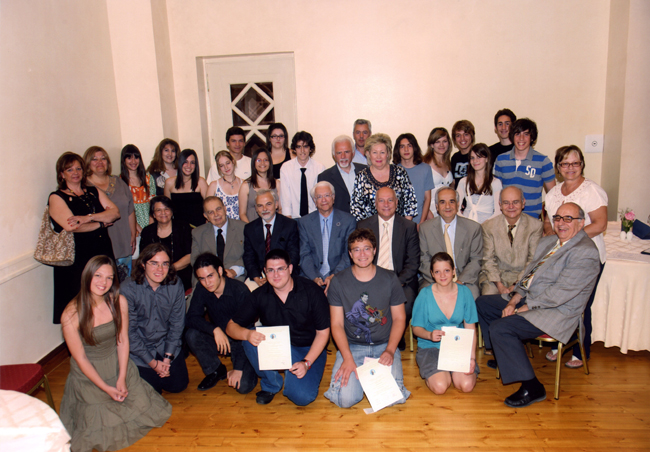 A commemorative photo of the Foundation Board members, the award-winning students and the Nafpaktos Lyceum Heads, at the end of the event (Athens, 2009). 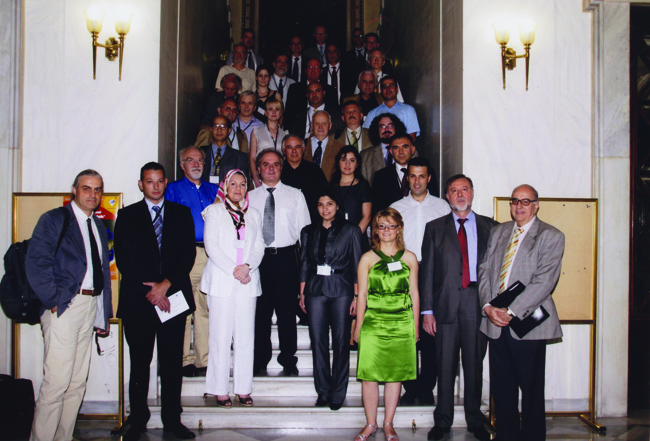 The representatives from the eleven countries of South-Eastern Europe and Eastern Mediterranean, who participated in the Athens work meeting within the GEO framework, June 8-10, 2009. From the left, the Director-General of the GEO Secretariat Professor Jose Achache, the Chairman of the National Athens Observatory and national GEO representative, Professor and Academician Mr. C. Zerefos and the Head of the Greek GEO Office, Mr. Vasileios Tritakis. 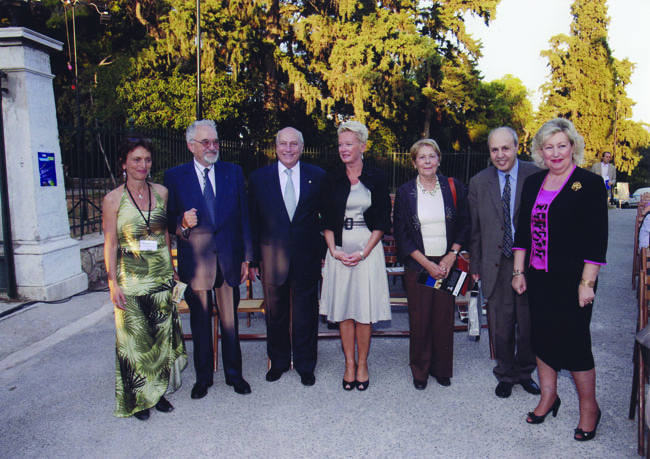 A panoramic view of the festival opening (Nymph Hill, 2009). 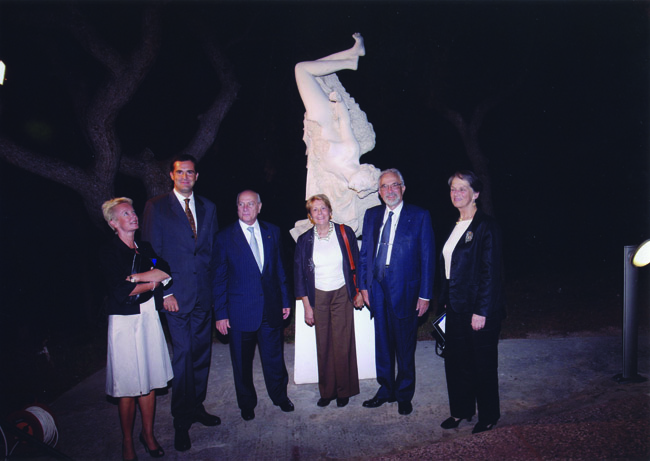 A commemorative photo at the exhibition entrance in front of the sculpture “from heaven” by the late sculptor Demetrios Armakolas. Standing from the left are Mrs. Ekaterini Suard Adviser on Scientific and Cultural Co-operation and Director of the French Institute, the French Ambassador Mr.Christophe Farnaud, the MKF Chairman Mr. C. Zerefos, Mrs. Dercourt, Mr. Jean Dercourt, Permanent Secretary of the French Academy of Sciences and Mrs. Christine Armakola (NAO Gardens, Nymph Hill, 2009). 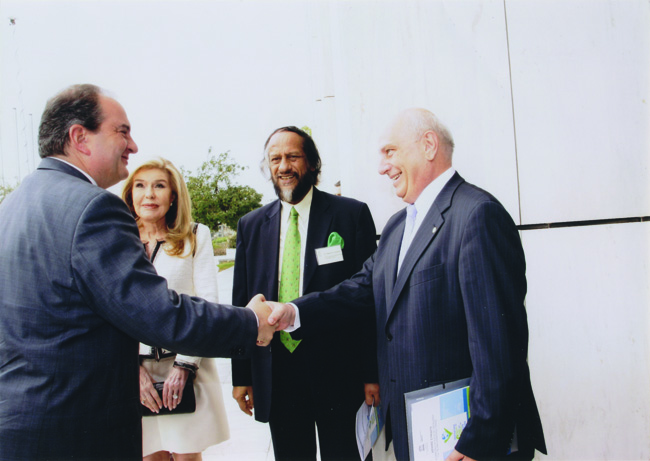